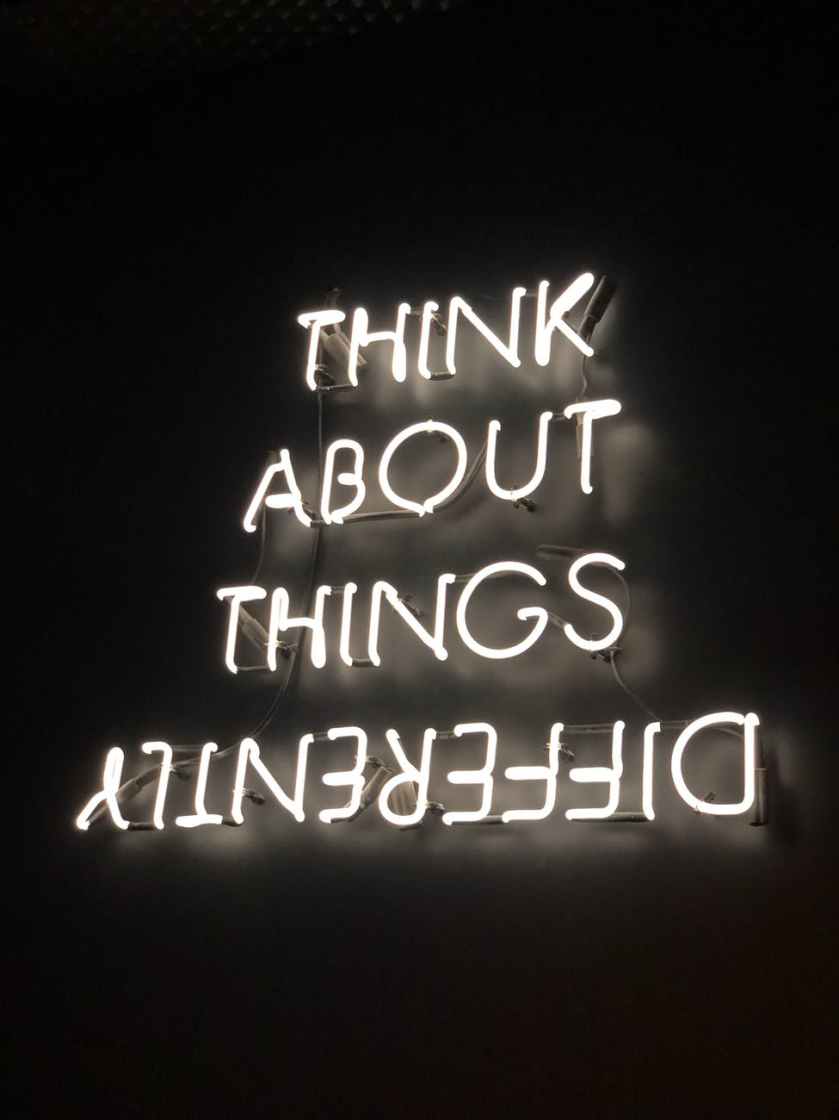 Opportunity in the East

China offers two distinct benefits to Western companies. The first benefit is China’s large population of approximately 1.3 billion citizens. In the next 20 years, the Chinese economy will shift from an export-based economy to a consumption-based economy. Western companies with locations in China, as well as Western companies situated abroad, could capitalize on the growing consumer demand in China.

There are two major reasons for the increasing consumption. First, China’s middle class is 440 million strong and growing. Although “middle class” in China includes household incomes of just $3640US to $36400US per year, the term correctly identifies a demographic that has disposable income to spend on household products, technology, leisure, education, and domestic travel. The second reason for China’s increasing consumption is urbanization. China continues to undergo a process of urbanization, especially as younger generations relocate in order to access higher-education and better paying jobs. Urbanization leads to increased consumption partly due to the simple fact of increased access to a wider variety of goods.

The second benefit China offers is access to labor, supply chains, and technological innovation.  Twenty years ago, “Made in China” indicated faulty, low-quality products made by unskilled labor, but this has changed.   Many Chinese industries utilize high-tech automated processes, resulting in increased consistency and quality.  Chinese laborers successfully manufacture goods for Foxconn (iPhone), BMW and Tesla.  Moreover, China has multiple manufacturers for any component in any industry; domestic access to multiple suppliers ensures seamless production even if one supplier falls through.

With regard to tech, US News recently ranked the computer science department of Tsinghua University (Beijing) as the best in the world for research capabilities – above MIT’s. Chinese tech giants Tencent, Baidu, Huawei and Alibaba are staffed by Chinese graduates who are meeting consumer needs in innovative ways.

Special Risks and Challenges in China

China’s potential is difficult to find anywhere else in the world – India may have a growing and educated middle class, but currently has serious barriers to entry, such as outdated physical infrastructure and severe corruption in legal and political spheres. China continues to install new logistics infrastructure and is cracking down on institutionalized corruption. This being the case, why aren’t more Western businesses entering China?

Superficial business etiquette such as gift-giving will ease relationship building, but etiquette is not a strategy. A Western businessperson aiming for a long-term successful presence in China needs a strategy suited to the current Chinese business environment.  Knowledge of the Chinese worldview, which informs modern China, Chinese business practices, and Chinese society, is instrumental in developing an appropriate strategy.

China: Reborn, But Not Born Yesterday

China should not be conceptualized as a mere country, but rather as a civilization-state with a 5000-year-old history.  China is the home of a radically different worldview that developed independently of the Western worldview.  Basically, a worldview is a common set of beliefs, habits, expectations and assumptions that dictate and/or guide behavior in all aspects of life. A worldview assists individuals in interpreting and interacting with the world. The Chinese worldview is comprised of Daoist, Confucian, and Buddhist philosophies, rather than the philosophies of Socrates, Plato, and Aristotle of ancient Greece.

For Westerners, accepting the independent validity of the Chinese worldview is challenging and may even feel threatening. Westerners might think that they would have to destabilize themselves and abandon the core beliefs, values, and relationships that help them make sense of, and interact with, the world.  However, the task of accepting independent validity of the Chinese worldview does not entail agreement it, nor preferring it to the Western worldview, nor giving up one’s principles. Rather, accepting the Chinese worldview is a commitment to an attitude of mutual respect, an attitude that will usher in genuine cooperation and mutual benefit.

Why should we accept it?  In fairness, China has already demonstrated respect for the Western worldview, pragmatically adapting to Western thinking when it offers economic benefit. On an individual level, many Chinese businesspersons and politicians have a Western education or the ability to speak English, both of which provide insight into Western thought.

However, since gaining a strong position of economic influence, China is becoming less likely to compromise its Chinese-ness and imitate Western models.  In a speech at the symposium celebrating the 120th anniversary of Mao Zedong’s birth on Dec. 26, 2013, Xi Jinping says:

“We should always rely on ourselves… and resolutely follow our own road now and in the future as we did in the past…. There is no such thing in the world as a development model that can be applied universally, nor is there any development path that remains carved in stone…. We should modestly draw on the achievements of all other cultures, but never forget our own origin. We must not blindly copy the development models of other countries, not accept their dictation.” (The Governance of China I, p.31-32)

Speeches like this should alert Westerners to two things: first, that China officially recognizes its own unique worldview, and second, that carefully examining Chinese philosophy, culture, and worldview will assist in predicting future Chinese decision-making.  In business, we should also keep in mind that the attitudes and actions of individuals are influenced by their role models, such as President Xi, who boasts a high approval rating within China.

What specifically is “the Chinese worldview”?  Any adequate answer would be as complex and lengthy as China’s history.  In business, a practical and enlightening answer would start with Geert Hofstede’s theory of cultural dimensions.

Geert Hofstede, a multi-talented social psychologist, studied business processes across cultures and used his research to create a comparative cultural analysis tool. Culture is an expression of worldview. Using Hofstede’s cultural analysis tool, we can start to examine important features of Chinese worldview in comparison to others.

Hofstede’s cultural dimensions theory can be applied in a scientific way by management to the areas of negotiations, marketing, HR, and strategy: imagine a business scenario and think about how a Westerner would react to it, then utilize Hofstede’s theory to predict how a Chinese person might react. Research into case studies might corroborate the predictions, after which scenarios can be tried in real life and the results documented.  Better cross-cultural management results in increased profitability, effectiveness and efficacy.

Power Distance: “the extent to which the less powerful members of institutions and organizations within a country expect and accept that power is distributed unequally”

China is a country in which hierarchies (i.e. series of superior-subordinate relationships) are accepted as a natural part of society.  In China, subordinates do not criticize or question their superiors. Meanwhile in America, subordinates can point out mistakes made by their superiors who outrank them in position, age, and training. Americans justify outspokenness on the basis of personal freedoms of thought and speech, as well as moral and political equality; in China, these do not entail the right to traverse natural social hierarchies.

Individualism: “the degree of interdependence a society maintains among its members”;
i.e., collectivism vs. individualism

China is a “we” country relative to the United States, a “me” country. Chinese define self in reference to important relationships and one’s position in society: no one is an island. An individual should always act with consideration of his impact on his friends, family, and colleagues.  Westerners are more likely to provide a “lone wolf” definition of an independent self and act in consideration of their internal set of principles.

Uncertainty Avoidance: “the extent to which the members of a culture feel threatened by ambiguous or unknown situations and have created beliefs and institutions that try to avoid these”

China scores relatively low on uncertainty avoidance.  This indicates that ambiguity is acceptable, change is not feared, and rules are more like flexible guidelines.  This low uncertainty avoidance can be seen in traffic in China. The official rules of the road are disregarded in favor of local driving customs. (Presumably, this is why international drivers licenses are not valid in China.) Intersections appear to be chaos, but somehow everyone reliably gets where they need to go. Would it work in America? – No.

Long Term Orientation: “how every society has to maintain some links with its own past while dealing with the challenges of the present and future”

China scores very high on LTO. This indicates that Chinese are pragmatic and meet present challenges by modifying traditional patterns. Consider how Chinese consumers are early adopters of technology whenever they can afford it. At present, China is already a cashless society; without a phone app called WeChat Pay, purchasing most services, rides, and retail is near impossible.  Meanwhile, the United States prefers tradition and procedure, and Americans feel uneasy about social change even when it offers benefit and convenience. Older people shun cell phones and brag about being “old-fashioned”.

This post suggests compelling reasons for businesses to enter China, to capitalize on the growing population of consumers and to take advantage of technology and production. The risks of entering China can be mitigated by investing time gaining an understanding of the Chinese worldview.

Becoming educated about the Chinese worldview does not entail a change of character; one can maintain personal integrity while strategically modifying one’s behavior in order to achieve specific, practical goals.  Becoming adequately educated about the Chinese worldview can be accomplished through consideration of case studies and practical experimentation.

I recommend further reading on Hofstede’s cultural dimensions, which can be found here.

For an article that explores the effects of worldview on business practices, visit my post: Chinese “Contract-less” Contracts vs. Western Contract Culture

This blog was originally a self-knowledge and critical thinking blog.

As of February 2020, the content will focus on comparative analysis of China and Chinese culture.

Currently living in Vancouver, BC, Canada.

The world is becoming more interdependent, not less.  Our futures depend on cooperation.

Each one of us has a responsibility to learn, adapt, and grow.