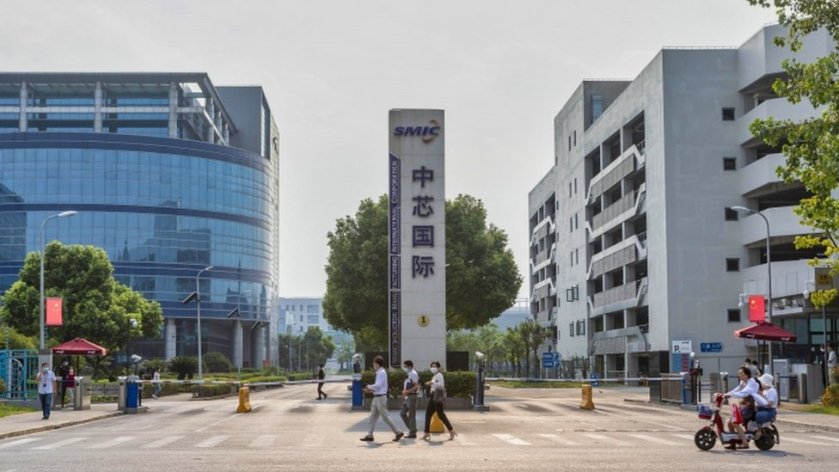 For background posts on semiconductors, read US-China Semiconductor Rivalry: The next 5 years are everything and US, China race for Semiconductor Self-sufficiency

China has fallen behind in semiconductor manufacturing while simultaneously becoming an economic superpower capable of challenging the US on global governance issues.[1]  How do we make sense of China’s vulnerable position in light of its global economic success?

The first explanation is simply that China was a latecomer to the industry characterized by Moore’s Law, making it predictably difficult to catch up.  The US’s Intel invented the semiconductor and is arguably still the leader in design, even if its advanced manufacturing capabilities have been surpassed by TSMC (established in 1987).  TSMC, and perhaps now Samsung, are the only late-comers to challenge Intel’s position.  China’s SMIC, founded only in 2000, began volume manufacturing 14nm chips in 2019, which seems to indicate an advanced pace of progress and forthcoming success. However, new domestic and international barriers threaten China’s semiconductor industry development.  Although shortly after China joined the WTO the US accused China of violating free trade principles in the semiconductor industry (2004, on the issue of discriminatory VAT policy[2]), this time period was different because there were overwhelming opportunities for American businesses and multinational firms to enter joint ventures in China – the US was fifth in foreign direct investment ($3.9 billion in 2004)[3]. Therefore, both sides had interests not to deteriorate trade relations after resolving the dispute.  The current geopolitical climate of extreme competition, decoupling, and self-sufficiency ambitions makes inhibiting China’s technological development a strong priority for the US.[4]

Second, foundry requires massive capital investment and the national and international coordination of hundreds of supporting industries and services.  To put this in perspective, a single modification of chip design could necessitate dozens of “tweaks” in the supply chain. This barrier is compounded by what is in hindsight underfunding of R&D and industry development.

However, the underfunding becomes clear when we examine China’s data from 2005.  In 2005 China’s economy grew nearly 10%, enjoyed a trade surplus, had a GDP of $1.9 trillion[8], and reformed policies allowed for private property and enhanced private forays into previously-inaccessible sectors of the economy.[9]  China had become the world’s third-largest trading economy and was highly competitive in labour-intensive industries.[10]  Despite this sunny picture of economic growth, China became increasingly dependent on imports of technology, importing 80% of semiconductors used in domestic electronics manufacturing.  Moreover, Chinese foundries relied on licensing agreements with foreign companies, accounting for 80% of domestic industry revenue.[11]  High-tech imports were largely comprised of “integrated circuits and micro-assemblies and parts”, valued at $61.4 billion in 2004 (an increase of 46.8% over 2003), and imports of “office machines and automatic data-processing machines (such as computers) and parts” were valued at $38.6 billion (increase of 29.5% over 2003).[12]

In hindsight , there is a clear need for domestic high-tech capabilities and larger investments in technology R&D than were made at the time.

*张伟 Zhang Wei is a very common name in China, like a counterpart to “Johnny”

[1] Director Wang at the US-China Summit in Alaska, 2021: “…in front of the Chinese side, the United States does not have the qualification to say that it wants to speak to China from a position of strength…”

[5] China Internet Information Center. “What are the specific policies that encourage the development of software and integrated circuit industries?” June 2000. Accessed April 10, 2021. http://www.china.org.cn/english/features/investment/36736.htm.

This blog was originally a self-knowledge and critical thinking blog.

As of February 2020, the content will focus on comparative analysis of China and Chinese culture.

Currently living in Vancouver, BC, Canada.

The world is becoming more interdependent, not less.  Our futures depend on cooperation.

Each one of us has a responsibility to learn, adapt, and grow.